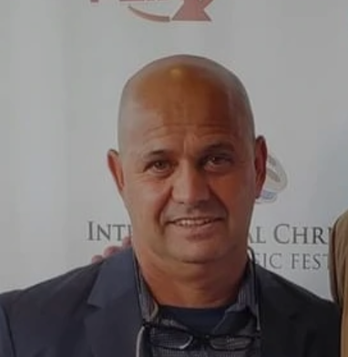 Marcos Santibanez was born in Havana, Cuba, and came to the United States at the age of seven, with his father, mother, and Brother Julio. He grew up in a middle class neighborhood in Hialeah, Florida and later relocated to Carol City, Florida, which is now
Miami Gardens.

At the age of 18, Marcos was introduced to a plethora of street drugs, but he had more of a gravitational pull towards cocaine. His meteoric rise as a street hustler skyrocketed, and he set the drug world ablaze when he became the main supplier for trafficking cocaine from Miami to New York and Puerto Rico. Infatuated by earning
fast tax-free money, and the glitz and glamourous lifestyle of the drug dealer, he maintained his distribution solely in Miami, because it proved to be more lucrative.

In the 1980's, it was a known fact that Miami, Florida was built with drug money, and Marcos was in the right place at the right time. At the height of his infamy, Marcos became involved with the Colombian Cartel, and they wanted him to become a drug cartel in the United States, so they could traffic their cocaine through him. After the deal was made, Marcos began trafficking cocaine in Carol City, Liberty City, St. Petersburg, Atlanta and the surrounding suburbs. Marcos's drug operation was very profitable, and he became known as an "Entrepreneur." He purchased Triangle Beauty Salon in Hialeah, Florida and laundered large sums of cash through his business. The hair salon was the perfect decoy for his business, because he could falsify profits and doctor sale receipts for services, and fly under the radar from the watchful eye of the federal government. On a weekly basis, Marcos deposited large sums of cash in safety deposit boxes at various banks in Miami. His clandestine cocaine trafficking operation made him a multi-millionaire. A cadre of coke smugglers who continuously engaged in illegal drug deals with Marcos, also raked in hefty profits; everyone involved ended up rolling in dough! The influx of drug money changed Miami from a southern sleepy town to a chic metropolis. During this era, Miami was a worldwide laundromat where corrupt financial investors would cleanse "dirty money" by secretly purchasing real estate.
Marcos surreptitiously brokered several backdoor deals by funneling unlawful drug currency to help build some of the city's most notable landmarks.

In 1992, Marcos was featured in a music video entitled "Angel," with the two times Grammy Awards winner, Cuban-born singing sensation, Jon Secada. In addition, he was a world traveler, and liked to vacation and explore exotic locations like Egypt, France, Jerusalem, and Honduras to name a few. Twice a year, he would go to Arrowhead, Colorado, and go skiing right behind the home of former United States President Gerald Ford. The stunning landscapes, tropical paradises, emerald waters, and picturesque mountains of the various destinations he visited, always had a soothing and calming effect on Marcos's well-being. Marcos had everything a man could ever want or imagine; money, cars, boats, jewelry, exotic animals, a harem of women, and sprawling homes in different locations. In spite of having enormous material wealth, deep inside Marcos was emotionally and spiritually bankrupt! He was going through the motions, but there was a big black hole in the middle of his soul. His flamboyant and ostentatious lifestyle provided little comfort, only leaving him feeling hollow, empty, and unfulfilled. At age 22, he was a major distributor for Atlanta, Georgia, St. Petersburg, Florida, South Miami, Liberty City, and Carol City, Florida. Marcos's life changed after losing his father to promiscuity, and tragically losing his brother Julio at the young age of 22. Having all the worldly possessions imaginable, and a big name in the streets, somehow became irrelevant. Marcos later got married and committed adultery, abused drugs, and disappeared on a weekly basis due to the stress of being a major player in a drug trafficking ring. His illegal drug enterprise and his illicit love affair with cocaine evoked thoughts of paranoia, with a catastrophic belief that he and his friends would be apprehended by law enforcement. Living a life of crime eventually took a toll on Marcos. The shallow voice of God began desperately whispering to the core of Marcos's heart, and immediately convicted him. The inner turmoil created so much conflict, mayhem, and a disturbance in his soul, that the anxiety became too overwhelming for Marcos to balance a calm, serene, and "normal" life.

After selling and servicing his guys in Atlanta and St. Petersburg with two shipments of kilos of cocaine from Medellin Colombia, Marcos's modus operandi was to lay low for three days at a hotel in Miami Beach. One evening while in Miami, Florida, Marcos met four Christian Canadians who were on their honeymoon. They were staying at a hotel adjacent to him and his wife. They struck up a conversation, and Marcos shared his life story, and explaining to them about the emptiness in his heart. On October 9, 1995, the four Canadian strangers took Marcos to their room, opened the Bible and read it to him. They read the scripture "Thou shalt not commit adultery." The Holy Spirit convicted Marcos of his sin, and at that moment he accepted Jesus Christ as his Lord and Savior. They prayed for him, he met God, and his life changed immediately. In that moment, Marcos was born again of the Holy Spirit. He told them that he believed in God, had faith in God, and the Grace of God saved him that night. From that night forward, Marcos surrendered his life to God.

The Holy Spirit of God has given Marcos a purpose to write this book to help other people who have come to a point in their lives where their desires of the flesh and sins have left them feeling empty inside. He prays that God will soften their hearts and open their minds to receive Jesus Christ as Lord and Savior he prays they can be saved through God's grace by reading his book, "For this Reason." Marcos realizes that he could have been in jail, running from the law, overdosed or dead, but through God's grace and infinite mercy, his freedom and life were spared. He is grateful that God's mercy and grace were upon his life.
Marcos's life story was filled with broken pieces, terrible choices, and ugly truths, but it is now filled with a major comeback, unspeakable joy, and inner peace within his soul. God plucked Marcos from the miry clay of the dangerous dirty drug world and sin, and planted him in the pulpit to use him as a preacher of the gospel. Today, the only thing that Marcos is guilty of is "possession with the intent to distribute" the immutable, indisputable, indestructible and incorruptible word of God!​
I Timothy 1:15 Here is a trustworthy saying that deserves full acceptance: Christ Jesus came into the world to save sinners—of whom Jam the worst.

I Timothy 1:16 But for that very reason I was shown mercy so that in me, the worst of sinners, Christ Jesus might display his immense patience as an example for those who would believe in him and receive eternal life.
Marcos's Accomplishments
International Evangelist, Preacher, and Chaplain
Venezuela - 2001
Dominican Republic - 2000
Medellin, Colombia - 1998
Cuba- 1996
Sermons/Testimony Broadcast on National Radio
Florida Texas Venezuela
1560 AM 88.1 FM Radio Onda
1480 AM
1450 AM
1080 AM
670 AM
Sermons Broadcast on Television
Trinity Broadcasting Network (TBN)
​Marcos Santibanez
Cellphone: (786) 693-0926
Email: forthisreason722,email.com /website: marcossantibanez.com (ministry)
Chaplain at Sago Palm Reentry Prison, Pahokee, Florida