I met my wife Joyce in early 1964 at Broadway Assembly church in Lorain, OH. My family moved to Lorain from West Virginia when I was 12 in 1962. When I was 13, my cousin Wesley invited me to church. There was a revival going on the night I got saved. I felt so free and clean, I went to every service. Most of the time I had to hitchhike because my Mom and Dad never followed Jesus.

When I was living in West Virginia I used to go with my Grandmother, but I was too young to understand. But I know her prayers followed me even after her death.

Joyce and I fell madly in love at the young age of 13 and 14. As too many teenagers do, we let the hormones and testosterone take over our lives. She got pregnant, so at age 17 we were married. Now that little bit pregnant goes by the name of Jeff and he is 6’2”. We drifted away from church. A year later we had our second son, Brian. I was laid off from Ford Motor company in late 1979. In February 1980, I went to North American Van Lines truck driving school and purchased a truck through them. I was gone 4–6 weeks at a time; as you can guess, that’s doesn’t make for a strong marriage. After fifteen years of marriage and being away from God we ended up divorced. We were both at fault here, not just by the poor decisions we made, but because we had turned our backs on God, and Satan just had his way with us.

I remarried in 1983 and she remarried in 1985. I sold my truck and got off the road and moved to Tennessee in the fall of 1984. My second wife was complaining about me being gone so much. I had lost the love of my life over driving; I didn’t want another divorce. Well in the winter of 1987, I ended up divorced anyhow. You see when you don’t follow God, Satan has a field day with you.

In September of 1988, I went up to Ohio to see my sons and my Dad. Brian and his then girlfriend (his wife now, Maria) was about to have a baby and I wanted to buy them a gift for the baby. Brian had moved, and I didn’t have his new phone number. I called Joyce and asked for his new number and also asked her what they may need. She said they needed a car seat and that she could get me a discount at Sears where she worked. I met her the next day and bought them the car seat. We then went to lunch in the mall. She could tell I was very unhappy and sad because of the way my life had turned out. She started to cry and said I was too good a man for all this bad to be happening to. We then left the restaurant; while walking thru the mall, I asked her if she had to return to work. She said no, so I asked her if she wanted to go for a drive. She said I will follow you anywhere; I said even to Tennessee? She said YES!! I asked her what her husband would think about that? She said he wouldn’t be too happy, but he knows how she still felt about me. I really believe we were meant to be together, but because we forged ahead and got out of God’s plan for us, it all fell apart. 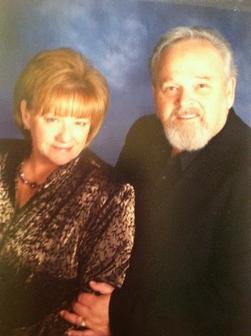 She moved to Tennessee in November of 1988. She was able to transfer to a Sears near our home. In Jan 1988, I began working for Builders Transport in LaVergne, TN as a dispatcher. The terminal manager that interviewed me ask me if I had ever dispatched before. I said no, but I have been dispatched. He asked me if I knew how to work a computer and I said no but I have hauled a bunch of them. Bless his heart he hired me anyway. In the fall of that year they opened a flatbed office at this terminal. I became the terminal manager of this fleet. I remained the manager until Spring of 1998 at which time I left them because they were going out of business.

I went to work for Deaton Truck Lines as a recruiter working out of my home. It was a real sweet deal until the VP that hired me left 2 months later. That’s when my eyes were opened, and I could see I was on another sinking ship. In July of 1998, I was asked to come to Cuba, Alabama for an interview with McElroy Truck Lines. They were going to open a terminal in middle Tennessee and was looking for a terminal manager. Going to work for McElroy Truck Lines was one of the best moves of my life. I worked there 17 years, retiring in August 2015.
Keep in mind the only time Joyce and I had ever darkened the door of a church was when we were married in 1989. We bought a new home in 1989, owned a boat, car and pick-up truck. We were debt free in 1998 and had all we needed. In early June 2007, I came home from work one day and planted my keister in my chair. Joyce said we need to talk; man, I hate them grown up talks. We had all we needed but I could tell she wasn’t really truly happy. She said she had been watching the 700 club and had turned her life back over to Christ.

I don’t have the words to explain to you how that made me feel. I was relieved in some way to know she would be serving God again. You see I had always blamed myself for our failures especially with God. Then she said I can’t do this alone. I told her I was happy for her, but I wasn’t ready for that. I told her I was happy and that I had all I needed. That’s when she said I know you’re not ready and you have almost all you need, but there is one thing missing in your life. I said, What’s that? She said JOY.

For the first time in forty years the Holy Spirit of God spoke to me. You see when I was seventeen, I told God I would never ask Him for anything. I felt like I wasn’t’ worthy of His grace or His mercy. After all I had been through, I never once cried out to Him. But suddenly He started talking to me. He loved on me for three solid months. We started attending River of Life Church in Smyrna, TN. I would go on Sunday mornings with my wife. Sometimes the music would make me cry, but when the altar call came, I headed for the door. I wasn’t going to get saved for my wife, and wasn’t ready.

Again, the Holy Spirit talked to me daily, almost hourly; He wouldn’t let up. Every time I gave Him an excuse why I couldn’t serve Him, He gave me a reason why I could. After three months of this, I was losing my mind. My wife was going to the Ladies’ Monday morning prayer meetings lifting me up in prayer.

September 17th, we went to the morning service; I bolted out the door during the altar call. Late that afternoon my wife and I were sitting on the patio. I told her my biggest regret in my life was that I didn’t raise our sons in church. She said you’re still their Daddy and you’re still alive; it’s not too late. I said let’s go to church tonight. I can’t remember what the preacher preached on that night, but I hit that altar at the end of the service. I cried out to Jesus and asked Him to forgive me!! I was SNOT SLINGING SAVED!! God came down and LOVED ON ME, He set me free from alcohol, nicotine and porn. I was free and free at last. When I stood up, the Monday Morning Ladies’ prayer group was standing there over us the whole time we were at the altar.

We have helped over 150 truck drivers become a Road Chaplain. We have had over one hundred folks saved through this program. God has been so faithful. I received my minister’s license in 2011 and I am currently Care Pastor at River of Life, Founder and Senior Chaplain for Channel 21 Ministries. God has been so good to Joyce and me. We have seen miracle after miracle occur in the past 11 years.

I pray that God will reveal Himself to you if you are not walking with Him. He is a loving God and it is never too late to come home. I was 57 years old and He saved my soul!!! You can call me anytime!

“Dear Jesus, right now I ask You to be my Lord and Savior. I believe You are the Son of God, You died on the cross, and You arose from the dead. I admit I am a sinner, and I ask for forgiveness of my sins. I want to walk in freedom with You, and I want You to walk with me for the rest of my life and throughout eternity. Thank You Jesus,
For saving my soul. Amen.
If you would like to talk about the changes Jesus has made in my life or the changes only He can make in your life, contact me, ​​at 615-618-1236
Click Here to Visit Channel 21 Ministries